Annelise was born in Bermuda in 1977, and studied Classics at Newnham College, Cambridge, receiving her PhD in 2004. In 2010, her first book The First Ladies of Rome was published by Jonathan Cape in the UK and by Free Press in the United States (where it appeared as Caesars’ Wives: Sex, Power and Politics in the Roman Empire). Her first novel Rivals of the Republic was published in 2016 by Duckworth in the UK and by The Overlook Press in the United States. 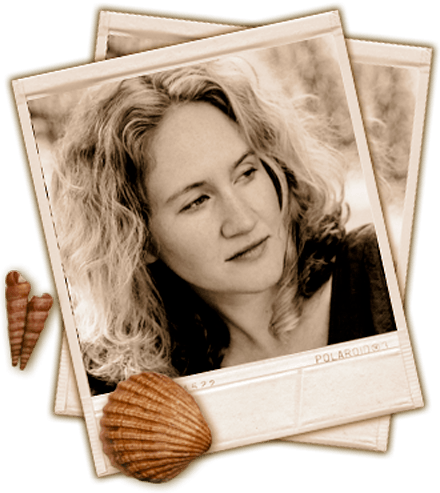 A history of the wives, daughters, mothers and sisters of Rome’s emperors, The First Ladies of Rome received widespread critical acclaim, including excellent reviews in the The Daily Telegraph, The Sunday Times, The Mail on Sunday, The Independent, The Guardian and The Irish Times, and was named as a Non-Fiction Book of the Year in The Scotsman. It has been translated into eight languages. Annelise was interviewed about the book on the BBC’s Woman’s Hour and has also appeared in an episode of PBS’s Secrets of the Dead series, ‘Lost Ships of Rome’ and in CNN's landmark 'Finding Jesus: Fact, Faith, Forgery'.

She now combines Latin teaching with writing, and has moved into historical fiction. Her first novel Rivals of the Republic - the opening installment of The Blood of Rome series - was a crime adventure set in the world of the late Roman Republic, centring on the real-life character of Hortensia, a young woman who has inherited the gifts of her father Hortensius, Rome’s flamboyant king of the law court. (An earlier version of the novel was previously published as an e-book called Blood in the Tiber). Annelise now writes children's books under the name Annelise Gray. Her first children's novel Circus Maximus: Race to the Death will publish in spring 2021.

Annelise lives with her husband in Dorset and is Head of Classics at Port Regis School. When not writing or teaching, she enjoys cooking, listening to Bruce Springsteen and watching Andy Murray's matches from behind a sofa.